Imputing land value to the FRS¶

No UK dataset directly estimates land value alongside income, but we connected multiple government sources to estimate it: 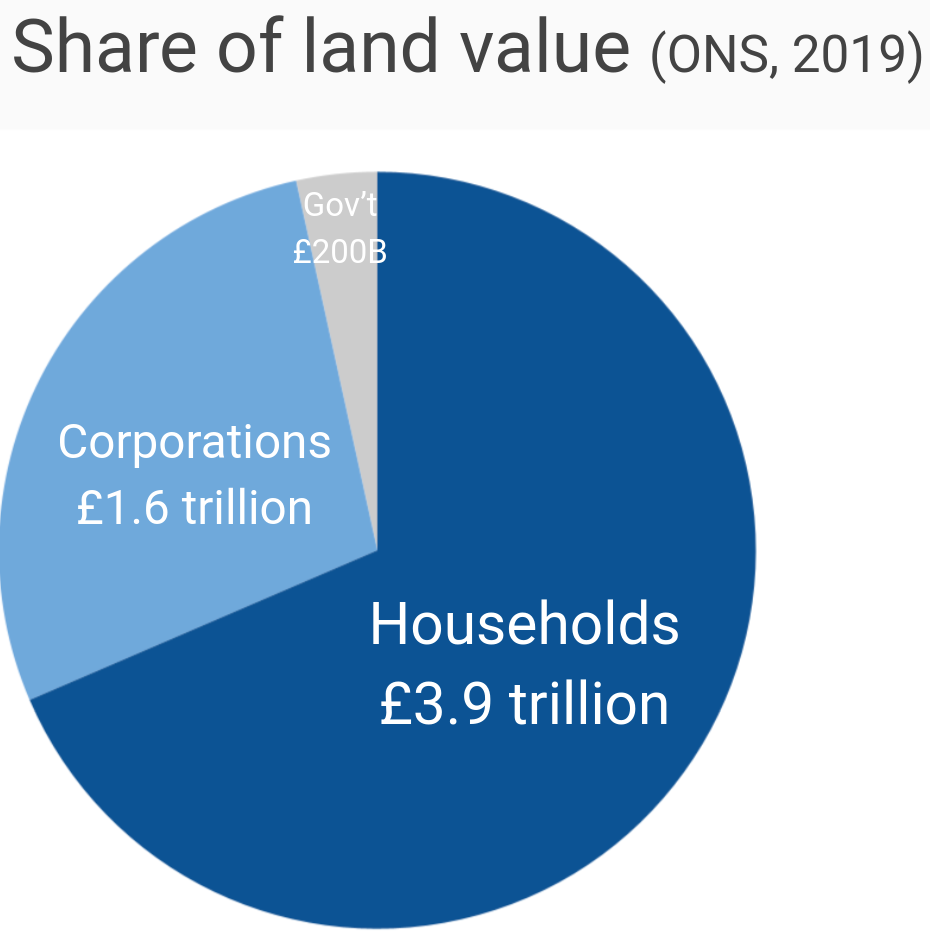 Given the estimated land value for each household in the WAS, our next task was to map it to households in the FRS, the core dataset for our analysis. We applied our synthimpute Python package, which imputes data from one source to another using skewed random forests quantile regression. Specifically, we built a nonparametric prediction model from the WAS of land value, based on several household characteristics common to the WAS and FRS1, then used that model to sample from each FRS household’s predicted distribution. To ensure that the total in the FRS matched the £5.5 trillion in land value, we introduced bias to sample from the predicted distribution using the Beta distribution. 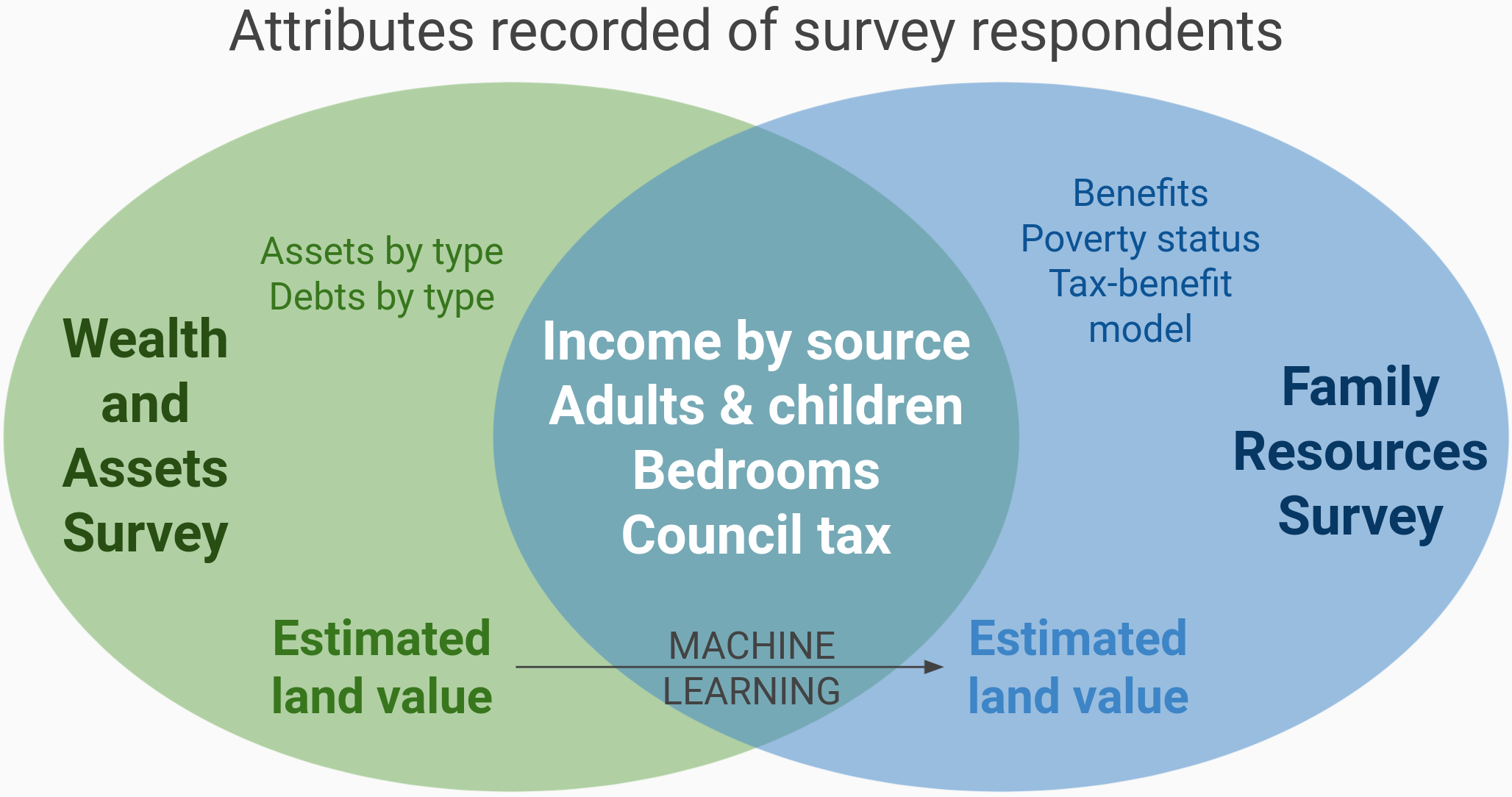 We’re working on improvements to the land imputation:

Imputing carbon emissions to the FRS¶

The Family Resources Survey does not contain consumption information on its respondents. However, the Living Costs and Food Survey does, and we can use it to estimate carbon emissions.

Similarly to land value, we fit a random forest model to predict carbon emissions from those predictors in the LCFS, then sample from the predicted distribution for FRS households to estimate the emissions produced by each household in the FRS.